Please Note: This item is usually in stock and ready for despatch. Please note that it may not be on demonstration or available for immediate in-store collection.

Wharfedale's Diamond 220 bookshelf speakers are THE speakers to have where budget or space are at a premium but good sound quality is demanded. Take it from us, these speakers blow the socks off the competition at this price!

Simply put, Wharfedale Diamond is one of Wharfedale's and the world's most successful speaker series ever. The latest series of loudspeakers from Wharfedale that aspires to this tradition is the Diamond 200 with 220 being the 'gun' model in the smaller bookshelf/stand mount category. It is of course a 2-way, 2-driver configuration with the bass driver employing a very stiff and woven kevlar cone with more powerful magnets. 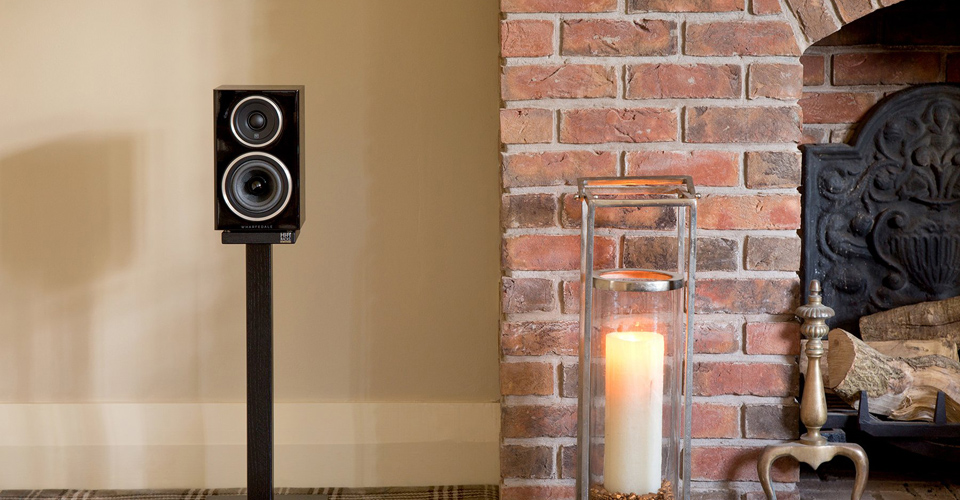 Cabinet: One of these is in the cabinet where improved construction techniques alone have helped reduce low levels of distortion even further. These upgrades include the integration of a stronger and more anti-resonant cabinet material, utilising particleboard sandwiched between MDF (as opposed to chipboard + MDF found with the older 121's cabinet). This means that the vinyl wrap of the speaker unit can be applied to the speaker more easily, resulting in an improved finish.

Drivers: The bass driver is formed from woven Kevlar and has ribs for added rigidity and the speaker uses a revised magnet system for even tighter control of the sound. Vocals sound more realistic than you'd believe for a speaker of this price and the bass is upbeat and never lagging behind the rest of the mix. At the other end of the scale the treble unit is surrounded by a deeply dished waveguide. This helps to improve the imaging and 'width' of sound, making it easier to pick out individual instruments.

The sonic integrity and capability of the speaker has also been improved, thanks to an upgraded crossover network and bass motor system, while the new slot-loaded port provides an even stronger level of sonic detail. The overall sound quality is still fantastically well-balanced and natural with a sense of realism that is difficult to beat at this price point.

What Hi-Fi (UK) has consistently rated Diamond Series very highly and it doesn't get any better than 5 Stars! The Wharfedale 220's were the Stereo Speakers Supertest Winner 2015. This is what they said: "Now for the test victor. The Wharfedale's keep the title they battled so hard for in last year's Awards season. The Diamond 220's are budget hi-fi at its very best-the speakers have a wonderfully informative, measured, yet musical sound that will make them enjoyable additions for your microsystem or hi-fi separates for years to come".

In another issue they stated: "These are the speakers we wanted Wharfedale to make all along; quite simply they are one of the best budget speakers around."

Wharfedale Wireless Works was founded by Gilbert Briggs in 1932, soon after he built his very first loudspeaker in the cellar of his home in Ilkley, Yorkshire. This sleepy little market town was located in the valley of the river “Wharfe” – an area known to this day as ‘Wharfedale’. This unlikely location would see the birth of a brand that has become recognized all over the world, synonymous with quality in high-fidelity reproduction.

In 1981 the first Wharfedale Diamond speaker was born. The rather unassuming small box took the industry by storm. Small cabinets and the stiff, yet light polypropylene driver meant a very fast, tight sound and compact, accurate two-way drivers produced a fantastic stereo image. It quickly became a best seller and the Diamond range has continued to this day as a staple in the Wharfedale catalogue.

Now, with more than 75 years of setting the standards in perfecting loudspeaker performance, Wharfedale, in order to remain at the forefront of audio, has dedicated 1.5 million square feet to design & manufacturing in which every single product and process takes place in-house. With this ability to control every single part of the process, Wharfedale’s speakers achieve a harmony in performance and design rarely seen elsewhere.

Our Take On The Wharfedale Diamond 220 Speakers

From 1982 the Wharfedale Diamond has meant one thing; impeccable performance at an affordable price. Bass, vocals and treble on the Diamond 220's all throw out a sound quality which surprisingly you wouldn't expect to hear from a speaker in this price range. The Wharfedale Diamond 220's definitely set the benchmark. Small in size but certainly not small in sound. Aesthetics can only be described as "classy" with an all new lacquered front baffle and cosmetically enhanced veneers. Although recommended maximum input power is up to 100 Watts, we would suggest that typically a 50 Watt to 80 Watt would be the norm. However, the Diamond 220's will deliver the best results with a really high-quality, high-current amplifier so as is our usual tip...don't assume that because these speakers are "bargain-priced" that they only deserve to be hooked up to a similarly priced amplifier. Any system is only as good as its weakest link!

Shopper Approved Reviews
Other Products You May Need
You May Also Be Interested In These Products
© 2004-2022 Audio Trends Pty Ltd. Prices, specifications, and images are subject to change without notice. We are not responsible for typographical or illustrative errors. Some of our web prices may be lower or differ from the price advertised in-store. This practise allows us to monitor our online marketing campaigns. So if needed, please remember to mention to our friendly staff that you've seen a lower price online.