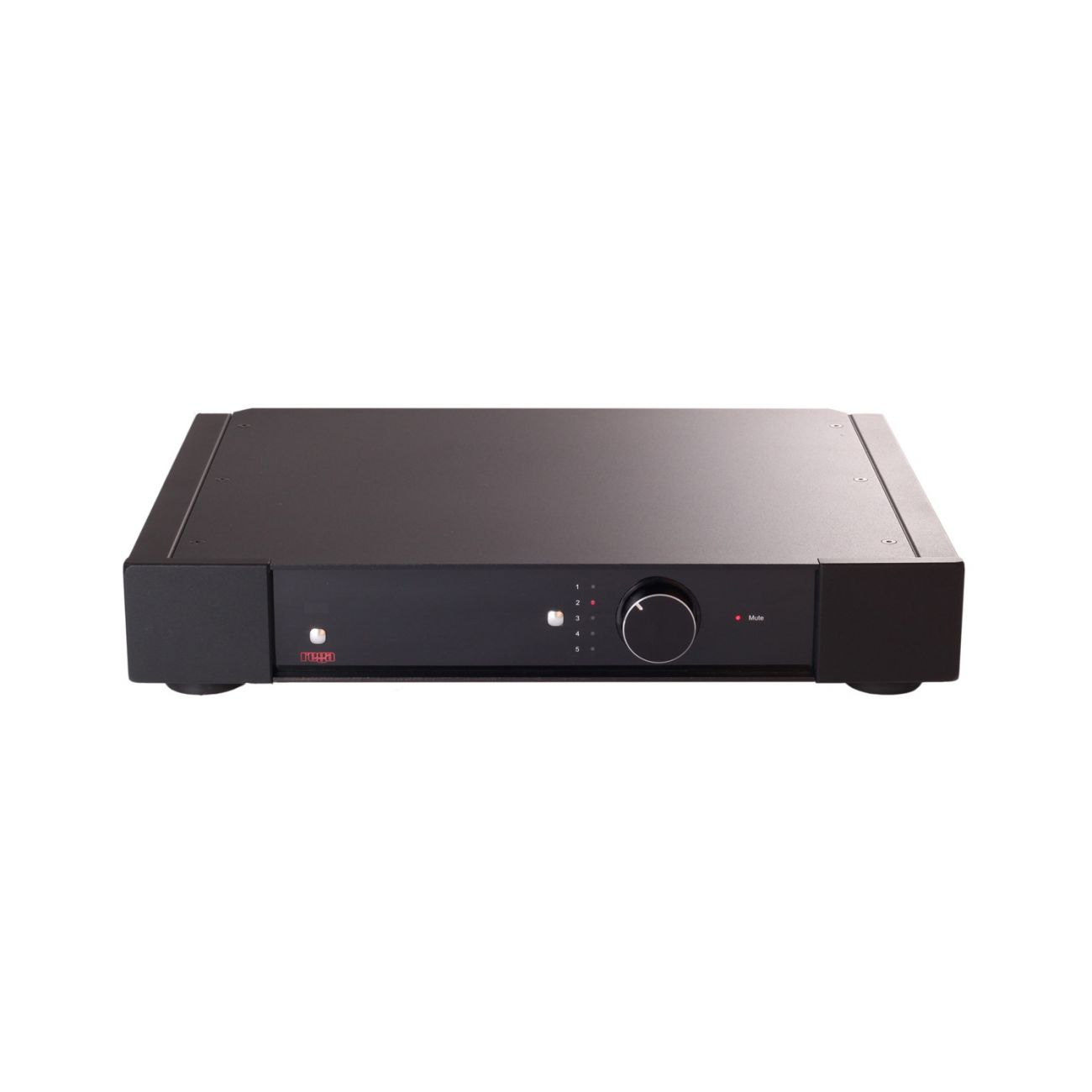 One of the Best Sounding Amplifiers in its Price Range

Remote Control, Designed & Made in England

The Elex-R stereo amplifier is a sublime blend of the Brio-R design with the power circuits and advanced phono stage of the Elicit-R. Rega’s engineers have achieved the perfect balance of power, control and dynamics, delivering a performance that always puts the music first.

The Elex-R stereo amplifier is built to the highest standard and designed to deliver the best possible audio performance whilst remaining simple to use and easy to setup.The Elex-R is built into the full width Rega case with increased heat dissipation, which along with a larger transformer enables the Elex-R to deliver 90 Watts per channel into 6 Ohms and 72.5 Watts per channel into a design centre rating of 8 Ohms.

Clean & Clever Design: Time, effort & money have been spent on developing the circuit and construction utilizing the highest specification of components throughout. As part of the design Rega have included useful features like pre-amplifier output, to enable the latest Elex-R amplifier design to be used in a wide combination of systems and so have avoided superfluous gadgets such as tone controls or a headphone socket as they can obstruct the signal path and degrade the produced sound quality.

Note: At this level, you really should have a dedicated headphone amplifier.

Musical Enjoyment: The Elex-R amplifier has been built to Rega’s extremely high standards of reliability and quality to ensure many years of musical enjoyment. The primary function of an amplifier is to boost and equalize the low level signal generated by a phono cartridge, DAC and CD player or other source component to a level that can drive your loudspeakers. It is vital that the amplifier achieves this whilst minimising distortion, as this would directly affect the music. The distortion level is typically 0.007%; just under the clipping of the output.

Passive Volume Control: The Elex-R uses a combined feedback and passive volume control, where the feedback and input levels are varied to set the required volume level. The level and tracking between the two channels is set by the close tolerance parts in the pre-amplifier circuit and less by the actual potentiometer itself, thus keeping the mismatch of channels due to volume control tracking irregularities to a minimum. As well as keeping tracking irregularities to a minimum, this method also reduces noise and input overload as the control will only ‘use’ the required gain to amplify the signal. This form of volume control is normally only found in professional broadcast environments where accurate low noise control of levels is required.

Fine Details: You will find plenty of connectivity options allowing complete flexibility and integration within the rest of the Rega range. The volume control and pre-amplifier used in the Elex-R is designed to overcome the problems associated with the standard arrangement. This design uses a custom chip along with peripheral support IC’s like a microcontroller and a custom made rotary volume control.

Power Amplifier Technology: The output amplifier used in the Elex-R was born after extensive research by our engineers to develop a low source impedance emitter follower Class-A driver stage. This is based around a complementary pair of 150 Watt Sanken Darlington output transistors. The technical and sonic improvement gained by the use of low impedance drivers is well known, however, it can feature high standing currents in the driver stage when using standard transistor configurations. By combining the low impedance driver with the Sanken Darlington transistors (with their imbedded thermal bias network running at a lower standing current) this combination forms a complementary emitter follower emulating Class-A conditions with good thermal stability with lower standing.

The Rega Elex-R was voted the best overall amp £800 (A$1600) to £1500 (A$3000) in the UK What Hi-Fi 2014 Awards and in part they stated: "If you’re on the lookout for an upmarket stereo amplifier, you certainly shouldn’t ignore Rega’s Elex-R. It’s good enough to shake up a market that’s long been dominated by the likes of Cyrus, Roksan and Naim.

You should think of this stereo amp as a more muscular Brio-R (£480) and you’ll be pretty close to the mark. By using the much admired Brio-R as a base, and adding circuit elements from the unquestionably talented Elicit-R (£1600) into the mix, Rega has created one of the most talented sub-£1000 amplifiers we’ve heard." Read Review

First, let's go to the ultimate conclusion. We can't believe the price! The Rega Brio R broke new ground when it was first released and the Rega Elex-R has done the same. Similarly priced products from other major brands look rather over-priced by comparison. If they sounded a lot better then price is not the issue, but fact is they don't! Some are more powerful and that may be what you need, but as far as musicality is concerned ... it stands alone!

Note: All Features & Specifications Subject To Change Without Notice. E&OE.