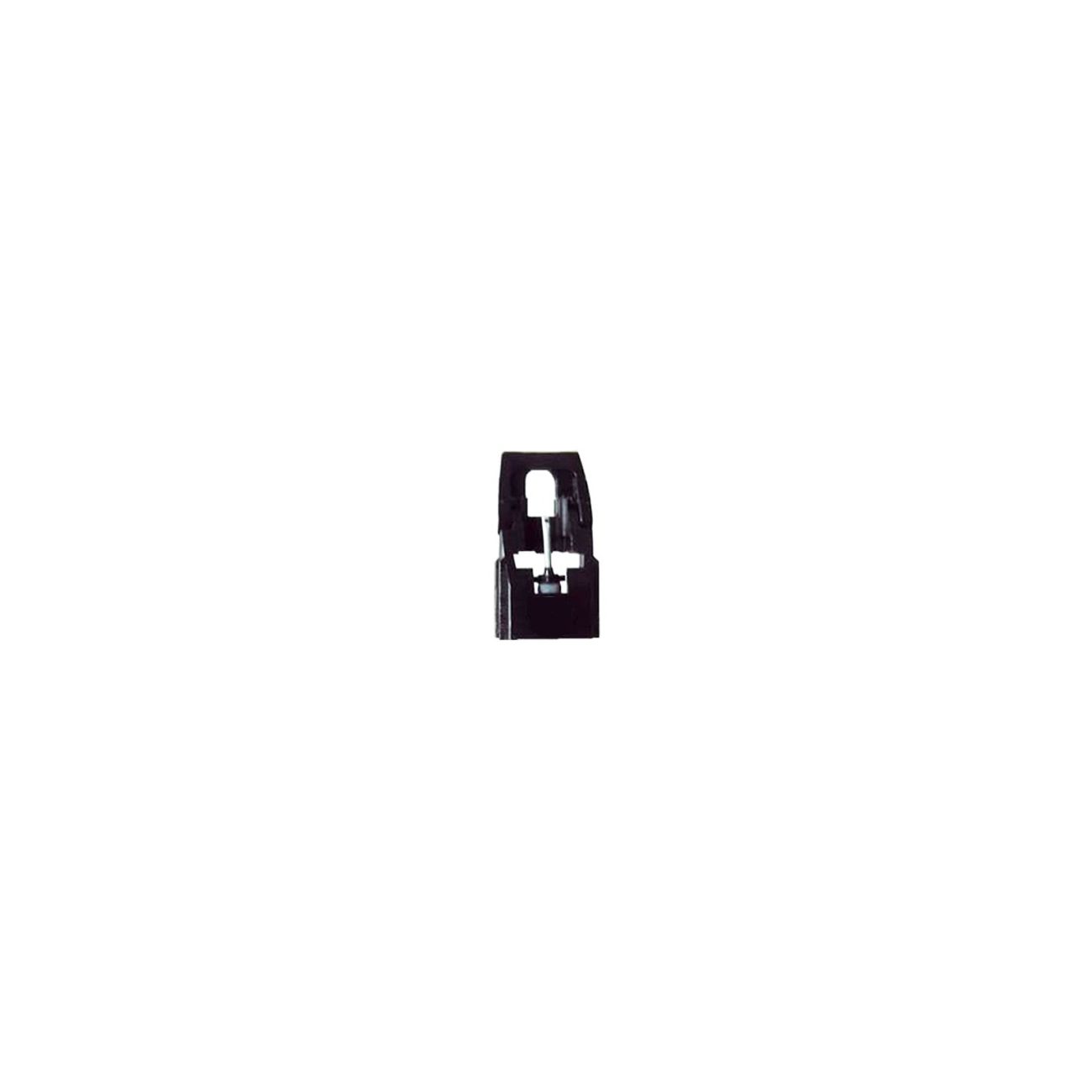 Audio Trends can help you with a high quality replacement stylus. Note, we don't call them needles! That's is what was used to play 78's on the old gramophones. Our range of styli (plural for stylus) suits both old and new cartridges and it would be rare if we couldn't provide you a solution.

The Audio Technica AT-51E stylus features a highly polished elliptical diamond for long playing life, excellent tracing of record grooves and superb rendition of voice and music. The stylus is made in Japan by the world's largest manufacturer of generic stylii.

Caution: DO NOT order this stylus if it looks different from what you have. It will not fit if the original cartridge is missing or has been changed. Please contact us if you need assistance or prefer to purchase a new cartridge.

Note: Choose wisely as we do not exchange/refund on styli purchases unless they are faulty. Warranty does not cover damage caused by mis-handling.

What Is The Stylus?

The stylus is connected to a little piece at the end of the tonearm called the phono cartridge. The stylus is a small metal tube  underneath the cartridge as the stylus or needle. It is a crucial part of the phono cartridge as this is the only part that touches the record groove. In most cartridges particularly Moving Magnet types, the stylus is user replaceable. In moving coil designs, the whole cartridge needs to be replaced or sent back to the factory for re-tipping. Some including Ortofon offer a change-over service which means you trade-in your old model for the same or better.

The stylus is actually made up of three parts. There is (1) the stylus itself which is usually a diamond, although there are both man-made and natural diamonds in use. The stylus is (2) mounted at the end of a short arm called a cantilever that 'moves' as the stylus traces the record groove. The cantilever is fastened to (3) the phono cartridge.

Stylus Types: A stylus can come in a number of shapes and sizes. The best styli try to duplicate the shape of the cutting stylus used to produce the original master recording. For these types, you will see such terms as MicroLine, Fineline or MicroRidge.

Conical/Spherical Type: The conical/spherical stylus was until the mid 1980's the most widely used stylus. This was because it usually came as an original part of a standard turntable. It is the simplest and least expensive among all of the styli shapes. Its spherical tip, typically with a radius of 0.7 mm, touches the centre of the groove walls. The conical stylus can be found with lower to moderately priced turntables.

Shibata & Fineline Type: Another stylus that is reserved for the higher priced models is the Linear Contact (LC). This type of styli provides a vertical contact area several times more than that of the elliptical, thus enabling it to respond to minute grove modulations. Back in the late 1970's, the shibata type also became popular. It was designed for CD-4/quadraphonic records, but performs brilliantly on stereo records.